Why Arsene made a mistake making Arteta a captain

Another year, another captain. Though their latest captain departure was on good terms with Thomas Vermaelen being a backup defender, it looks like it’s going to be a repeat of the same awkward scenario with the news that Mikel Arteta is the new captain. And Arsene Wenger may have made a big mistake making the Spaniard the new skipper.

Of course, Arteta has been a great buy – he was bought in a summer of turmoil with so many key departures and his last minute arrival helped steady the ship in the 2011/2012 season, a season many thought would be the one where the Gunners dropped out of the top four for the first time.

He then adapted to his old role by being the anchorman in midfield the next season and did it with success to some extent. However though, based on the past season, he should be nowhere near the Arsenal starting lineup. 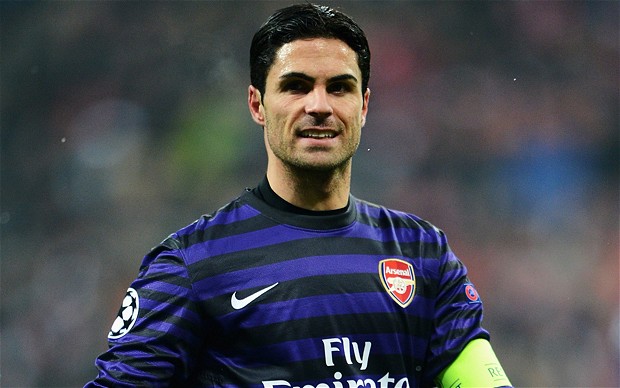 With his legs seeming to ‘be gone’, Arteta had great trouble tracking his man and performing his duties last season. Against the weaker teams, it isn’t a problem as Arsenal are generally more superior as a whole but his weaknesses were highlighted especially in the big games.

Losing 6-0 to Chelsea, 6-3 to Manchester City and 5-1 to Liverpool, while most people would blame the defenders, it was actually Arteta at the heart of all the problems. With a more mobile player who could track more efficiently, Arsenal may not have suffered those big losses – defeats which ultimately paved the way for them surrendering their lead at the top of the table.

This summer, the likes of Sami Khedira, William Carvalho and Morgan Schneiderlin were all linked for a reason and even his biggest fans were adamant that an upgrade was required over the 32-year-old. While a new midfielder may still come, it’s looking increasingly likely that Arsenal will end the summer window with Arteta as the main man in midfield.

Now what if a repeat of those big losses against the top four were to happen again? If Arteta is the main culprit, will Wenger bench yet another captain after some poor performances? Will he really repeat the scenario that Vermaelen went through? The only upside is that Arteta isn’t in his prime anymore so he could be a captain off the bench much like Sebastian Kehl at Borussia Dortmund. Vermaelen was a leader but his leadership began to wane on the bench as he didn’t look the same anymore.

What Wenger really needed to do was to give the captaincy to a player who is guaranteed to start every game when fit for at least the next two to three seasons – candidates such as Per Mertesacker and even Aaron Ramsey would have been more viable.

Arteta is a well-spoken, confident leader who definitely suits the role of a captain. But he could still be a captain off the pitch without actually being the official captain and Wenger might have made a mistake with only a few weeks of the transfer window to go.

Arteta
Previous PostSpain Clinched the 2010 FIFA World Cup Title in True ‘Furia Roja’ Style
Next PostDon’t Skip Over THIS Resource at the Sportsbook!