The Capital One Cup got underway last night with some great action and some shocks along the way, and there may be plenty more to come tonight. Here are some of the betting tips for the main matches tonight.

Be very interesting to see what team Sir Alex Ferguson puts out. Obviously the Capital One Cup is not his main priority this season, as they hope to recapture the Premier League title and of course the Champions League too.

Ferguson has always used this competition to field youngsters and players on the fringe of the first team and I expect no different here. Newcastle is a side who could really challenge for this trophy if they put their minds to it. They haven’t won a trophy in over 50 years, and the Geordie faithful will be desperate to see success.  Manchester United are 1/2 on to win this game with Newcastle at 11/2. I think it could go either way, and may even go into extra time. 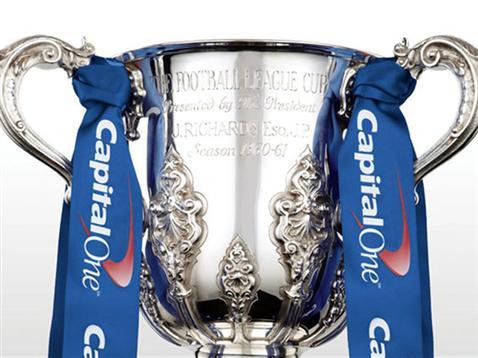 For the value though, I am going to go for an away win on his one. It’s hard to predict first goal scorers in these games as you don’t know who is starting, but I’m going to go for Danny Wellbeck for Manchester United at 4/1. However, I think Newcastle will progress into the next round, and that is at 3/1.

Current holders Liverpool start their defence of the trophy against West Brom, where they have already lost at this season in the league. Liverpool may not have the same ambition as last year to win this trophy, but Brendand Rodgers will want to rack up as many wins to kick start his managerial career at Liverpool. West Brom have been in terrific home form this season, and if they continue that here tonight, then there is a good chance last year’s winners will go out. Liverpool are slight favourites at 7/5 with West Brom at 9/5.

I would go for a home win in this one. Lukaku to get the first goal is at 7/1, as I expect him to start for the Baggies tonight, and is always a goal threat.

Tottenham won this competition back in 2008, and since then have gone from strength to strength. Andres Villas-Boas is determined to win any cup that his team is in this season, and could be dark horses to go all the way and win this one. Carlisle is their opponent on this night and not many expecting an upset here.  Carlisle is at 11/2 to win in 90 minutes, with Tottenham at 1/2. I see them cruising to victory here and I would back Clint Dempsey to get their first goal tonight at 4/1.

For Tottenham to be winning at half time and winning at full time, its priced at Evens, I’ll also tip that.