Ways to bet on Football

admin Comments Off on Ways to bet on Football 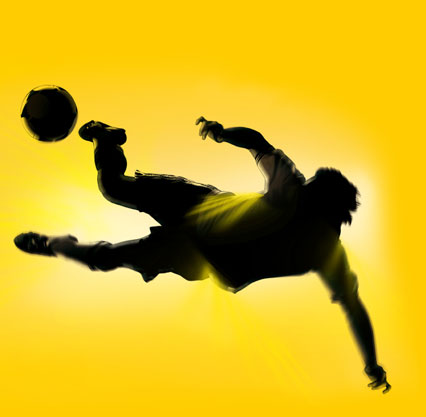 Betting on football is generally fun. It makes the matches seem more important and interesting, and that’s obviously down to the fact that you can win money. People tend to believe that you more knowledgeable you are of football, the better chance you have of winning money.  However, some believe that anything can happen in football, which adds to the excitement to betting on it. There are different types of ways to bet on football, including accumulators, first goal scorer, correct score, next managerial sacking plus many more.

Often the most popular way of betting on football, as this way lets you choose a selection of matches (more than one to as many as you want) choose the result, and then each match is accumulated onto the previous one so the winnings gets higher and higher. You only win the bet if every match you predicted goes your way. For example, you can choose all the results in the Premier League, which is 10 matches, and putting on £1 can win you anywhere from £70 – £2,000(or even higher) depending on what you believe the outcome will be.

These three ways are also popular when it comes to football betting. Choose any match you want, which will happen in the coming days, and place a bet on the first scorer with odds varying on 4/1 to 100/1 depending on the player you believe will score. For example, Barcelona forward Lionel Messi will have a much better chance to score first, then Barcelona left back Eric Abidal. Correct score is when you predict what the correct score line will be, and the odds will be as short as 6/1 if it’s a score like 1-0, 1-1, whereas a score like 5-4 will obviously give you odds around 100/1. Scorecast is ‘First Goal scorer’ and ‘Correct Score’ combined. For example, Lionel Messi to score first and Barcelona win 2-0 would be like 20/1. Whereas Eric Abidial to score first and win 5-4 would be 550/1. The choices are wide open and you could choose whatever feel is the best option.

Specials often occur in football all the time. The most common special is when you bet on the next manager of a league to be sacked, or betting on a team to win certain trophies. For example, you could bet on Chelsea winning 4 trophies this season, and that would be seen as a special. Wayne Rooney once suggested he was to leave Man United which prompted specials from bookies, for example, ‘Rooney to leave in January’ or ‘Rooney to join City’ were both given odds as customers like to bet on these specials, as they are rather unique compared to betting on a correct score or a team winning.