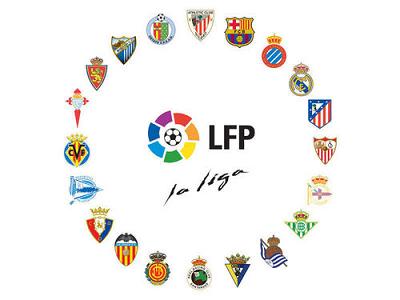 The home side are currently cruising in La Liga under Jose Mourinho.  Especially at home as Real Madrid have a 100% record. Mourinho hasn’t lost a home match for any of the clubs he has managed since his Porto day. The chance of an away win here is extremely unlikely, given Real Madrid’s home record and that Athletic Bilbao haven’t won there for quite some time, which is why the visitors are priced at 12/1. Real Madrid has improved their shaky defence of the last 5 years or so. As well as their defence improving, the attacking force is quite deadly too with the likes of Ronaldo, Higuian and Ozil. Ronaldo would be the most likely option of scoring first, as he is priced at 13/8. However, best value for money  would perhaps tip Mezut Ozil, where the odds are 5/1, although any player could score for them at the moment. This should be a routine comfortable victory for the hosts.

You’d fully expect Barcelona to overcome perhaps one of the less tricky away fixtures. Barcelona has dropped 5 points so far this season out of a possible 33, and Almeria sit in 18th position. Barcelona is 1/4 to win this match, although it will not be as easy as that for Barcelona. The last three times Barcelona have visited Almeria, they have only won once, but drawing 2-2 on the other occasions. Messi cannot stop scoring at the moment, and it would be ideal to bet on him scoring first or last in this match, which is priced at 2/1, but it seems inevitable for the man to score, in 2010 he has scored as many goals at starts incredible. Barcelona to win, although it won’t be too comfortable.

3rd play 4th in another fixture on Saturday night. Valencia were the early pace setters, but have fallen short in the last month or so, and find themselves 3 points below Villarreal. Valencia have been beaten convincingly in the last three seasons at Villarreal and on recent form, you would say Villarreal are favourites in this fixture, priced at 10/11. Valencia are priced at 3/1, but I believe a draw is the most likely option here, with Nilmar to score the first goal, priced at 9/2,