admin Comments Off on Money Management Advice for Soccer Betting 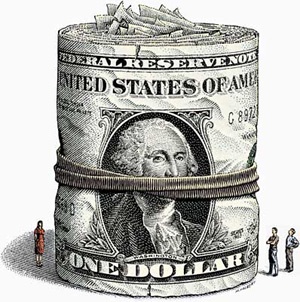 Even though soccer experts offering great tips, the media supplying late-breaking sports news and bookies following a wide array of betting methods all combine to help people make soccer betting decisions, sometimes prayer is the only way to make money when placing a bet on a favorite team that is sure to win. Soccer betting has a tendency to be unpredictable because numerous factors are involved in a game’s final outcome.

With soccer betting’s unpredictability in mind, it is no wonder many people have no idea how to minimize their losses. Proper money management is the best way to earn the most money. The following information explains more about how to manage wagering money as well as to compares the game results and correlating odds of several top European soccer leagues.

Currently, Kelly Criterion, Martingale and Row of Numbers are the most common strategies used for managing soccer betting money. Although bettors who use the Martingale and Row of Numbers methods do not need to possess any prior soccer information, those who follow the Kelly Criterion do need to know the winning probability of any given soccer match.

The Kelly Criterion strategy has been mathematically proven as the wisest strategy to use for positive long-term results. But once again, a bettor must know a team’s winning probability in any given match. The amount of the bankroll in relation to the betting odds against the winning probability are how stacks are calculated. High stacks are placed when there are high odds and a high probability; the opposite of this statement is also true.

The Martingale method involves doubling the stack in the event of a loss as well as reverting to the original stack once there is a win. Because of its relative simplicity, the Martingale method is considered to be the most popular and profitable. However, large investments of money are required.

Those using the Row of Numbers strategy must plan a series of steady profits. With the betting odds, the bettor will calculate every stake in order to let him earn the planned profit. If the bettor loses, he will increase the following stack in a manner that allows him to recoup not only the actual money lost but also the theoretical money he planned on winning. Even though this strategy is not as aggressive as Martingale, Row of Numbers is still more risky.

The betting odds that are set by bookies for Europe’s top soccer leagues have been analyzed for the purpose of evaluating each money management strategy’s performance. The winning probability is fairly easy to estimate and can be concluded by taking the average amount of home, away and draw outcomes and dividing that number by the entire amount of the particular season’s games.

Kelly Criterion +5 percent profit earns this strategy the top place as a money managment method when compared against Row of Number’s +1 percent and Martingale’s +1.2 percent.

French Ligue 1 is the most profitable with its +22 percent betting profit. Martingale comes in second with +10 percent and Row of Number’s takes third place with +9 percent.

English Premier Leagues is the least profitable with a -10 Kelly Criterion percent betting loss followed by Row of Numbers and -9 percent and Martingale and -8 percent.