Has Manchester City’s Strength Declined over the Summer?

admin Comments Off on Has Manchester City’s Strength Declined over the Summer?

Manchester City won the title last May in the most dramatic style ever witnessed by any football fans. Aguero’s goal brought entire jubilation to the City faithful, and most neutral fans too. In the summer though, it Manchester City hadn’t been as productive in the transfer market as in previous seasons. Manchester City are on the rise, and their hope is to dominate the English Premier League as well as challenge for European honours.

Manchester City have been overshadowed by their rivals Manchester United for so many years, but clinching the title, characteristically in a way United have won medals in the past, could be the power shift in Manchester. Many people were expecting it, but this season has been somewhat sluggish. Why is this? Have they lost the hunger? Has the squad been depleted in terms of quality? Or is it just too early to tell? 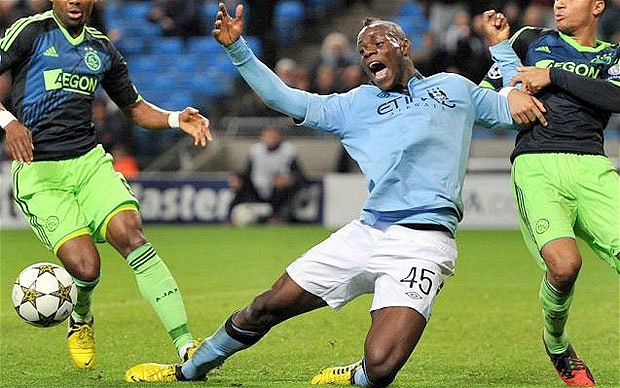 Last summer, Manchester City had purchased Nasri, Aguero, Clichy to add along with players like Silva and Yaya Toure who they had bought the year before, assembling one of the best squads in European football. This summer, they arguably missed the chance to sign players such as Lucas Moura, Eden Hazard and Robin Van Persie, as they were all strong favourites to the join the Manchester club, but all players went elsewhere. Manchester City did make signings in the end, but towards the end of the transfer window. Maicon, 31 year old right back, doesn’t look the same player that won the Champions League with Inter back in 2010.

Jack Rodwell and Sinclair are perhaps for the future, so too early to tell, but neither has ceased to amaze yet, and were replacements for Adam Johnson and Nigel De Jong, who were impressive when playing for City last year. Javi Garcia looks promising with a goal on his debut, but had a poorer game against Arsenal more recently, so questions may be over his signing too. When you look at City’s closest rivals for the league, they have all strengthened. Manchester United have added attacking talents like Robin Van Persie and Shinji Kagawa. Chelsea have added Oscar, Moses and Eden Hazard to their team and both sides are started stronger than City his season.

It’s still too early to tell of course. After all, Manchester City are still undefeated, and only narrowly lost to Real Madrid away from home. They are 4 points off the top of the table, but the league table only matters in May, and not in September. The worrying thing for Manchester City is that, they seem to be vulnerable once they have taken the lead. Most times they scored last season, they would usually go on and win the match. This season, they lead Southampton 1-0, to go 2-1, but then eventually win 3-2.

They also lead Arsenal recently, but conceding late, dropping two points, and remember the Real Madrid match, winning 2-1 with 5 minutes to go, before going on and losing. They have conceded 7 goals in 5 Premier League matches this season, and last season they conceded 29 goals in all 38 games. Warning signs are there to be seen, but it’s too early to worry just yet. There’s no doubt Manchester City will be there or thereabouts come the end of the season. Chelsea and Manchester United have started well, and Arsenal are a team no can write off just yet. It will prove to be another fantastic season, and hopefully a terrific finale. If it is even half as good as last seasons, the neutral fans of the Premier League will be in for a treat once again.