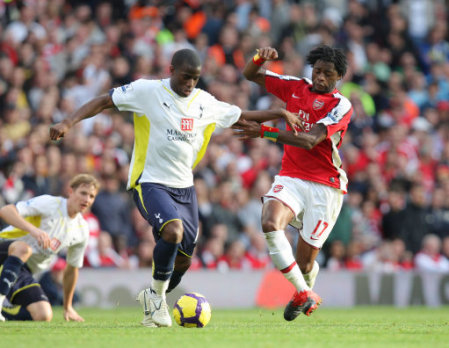 This is the bet I expect to win, and once this is in, no matter what happens with the others, you win some profit. I have chosen wins from Manchester United, Barcelona and Real Madrid as the three most obvious ones of the weekend. Barcelona and Real Madrid are currently unstoppable in La Liga, whereas Manchester United face a team they haven’t dropped any points to, since Wigan were promoted to Premier League in 2004.

In this bet I will place £2 on four teams to win their respective home matches. After looking at all the fixtures, I have gone with Blackpool to win their home match against struggling Wolves, and in form Bolton to beat Newcastle. These two have less chance of happening than the other two, as I expect QPR to defeat Preston and Celtic to cruise past Dundee United.

I also think betting on draws is a wise way of betting. The odds are usually higher, and in some matches you can’t separate the two teams, and a draw seems like the most likely option.  I will place £1.50 on three Premier League draws this week. I fancy Birmingham to hold champions Chelsea, as they have drew with all top 6 teams this and last season, I also think the North London derby will be a draw too and finally the game between mid table teams, West Brom and Stoke.

This bet rarely ever happens, but when it does, there is no better feeling. I place as little as £0.30 on 10 matches, and you can choose whatever matches you want. This week I will choose Premier League matches, and I may change some of the results I have put in the other bets, for example, I may choose Arsenal to beat Tottenham, instead of sticking with the draw in bet 3.

My final bet of the week is Scorecast, where I choose the game of the weekend, and decide a result and the first goal scorer. This week I am choosing the North London derby as my game. I have £1.20 left from the original £15. I think Fabregas will score first in a 2-0 victory, but anything could happen in this game, and it’s totally up to you.

Thank you for reading once more, I hope I will be as successful as last week, but even more this weekend, good luck to all!