Prepare for a new wave of online betting agencies. The Australian government has recently indicated that they are likely to legalise online gambling and poker, meaning that Australian gambling agencies will be able to offer their services online.

This is a measure designed to regulate and tax an industry that is huge and growing, and one that Australians can use anyway by simply using services based offshore. The government has decided that ‘if you can’t beat ‘em, join ‘em,’ a shrewd decision considering their intense effort to cut costs to scrape their projected budget surplus together. 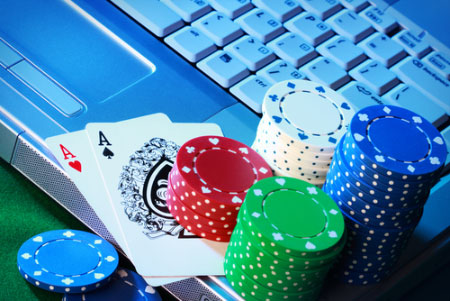 Media mogul and Australian Football League heavyweight Eddie McGuire writes, “Senator Stephen Conroy should be congratulated for looking at the reality of the world, not searching for some Utopian dream of what we would all like to see. In that Utopia, where some politicians and anti-gambling crusaders reside, no one would bet.”

In a bizarre twist, the right-wing opposition have slammed the decision. Typically of the Australian opposition party they have chosen to oppose a policy that would generally be in line with right wing politics for the sake of it. Opposition leader Tony Abbott in particular was scathing of the proposal in his interview on ABC’s Lateline.

“If it goes ahead, every computer is a casino, every smartphone is a poker game and that’s just not on as far as the Coalition is concerned. It is a dark cave into which people can so easily retreat and there they are beyond help.”

When Mr. Abbott was questioned about how this opinion falls in line with his party’s stance in opposition to the government’s poker machine reforms he abruptly called a halt to the press conference.

To me it seems like Mr. Abbott fears progress. Moreover it seems that Mr. Abbott simply refuses to fact check before making comments, instead choosing to incite uneducated dissuasion by making blanket, incorrect statements on a subject he knows nothing about. If he had a clue he would understand the benefit of such a policy. We, as Australians are already able to be online and live. It is just not regulated by the Australian government. The government have made the shrewd decision to legalise and therefore regulate this business which will actually bring the potential issues arising from online betting closer to home and far easier to address.